Posted on June 6, 2012 by bestbathroombooks

Yes, we are awesome.

This Jenny Talia won a Lifetime Achievement Award for Humiliation

We love to film genitals.  The only thing we like better than filming genitals is actually viewing them in action.  The major hotel chains-Hilton, Marriott and Westin– make billions  off of genital films.  The US government allows this because they receive tax money from the hotel’s genital movies.  Genitals are conversely the most hidden aspect of our bodies and yet the most integral parts in producing human life.  Genitals are the elephant in the room (especially if the elephant is pink and has balls for ears).  We are outwardly ashamed of our genitals but inwardly obsessed with them, much like wearing our favorite fanny pack in public.

It helps to exude confidence.

Male genitals are consistently altered in the form of circumcision for men for religious purposes but also to enhance visual appeal.  For some reason, uncircumcised genitals are considered less filmworthy, which is odd considering the recent popularity of anteater movies. 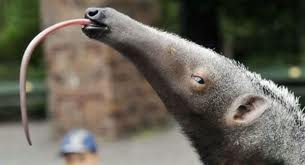 Natural, yet still popular with the ladies

Similarly, women who have absolutely no plans to have their genitals filmed insist on shaving them as a necessary routine of daily hygiene.  It’s like buying a bazooka and never getting to shoot down an airliner.

These pecans had no idea they were being filmed.

Genitals play an important part in the tenets of every religion in the form of procreation or the afterlife.  The Ten Commandments, God’s epic Blogpost from the Mountaintop, reminds us “Thou shalt not covet thy neighbor’s wife”  because “Thou shalt not obsess over thy neighbor’s wife’s genitals” just sounded too wordy.  In modern culture, anything labeled sexy is ultimately a reference to genitals, i.e. sexy cars, sexy clothes, sexy buildings, sexy music.  In other words, genitals play a pivotal role in pretty much everything we do.

As Einstein once said:  Sit with a pretty girl for an hour and it seems like a minute.

This is where he came up with his famous theory (and I’m paraphrasing):

So what does it all mean?

Make sure your audience is laughing for the right reasons.

It means that when I go to a theater and see a man wearing nothing but a cape, stretching his scrotum sail-like as he stands on a skateboard with a fan blowing him across the floor while women scream and my wife decides to buy his picture book and I’m hoping the guy washed his hands when he signs the book and he gives it back to my wife while in the book it shows other fun ways to make male genitals look like a Hamburger, a Wristwatch or the Loch Ness monster and I go home and try to recreate the Hamburger and hurt myself, it is part of what we like to call the Digital Age.

Traveling the country and making money from Genital Gymnastics is not that different from blogging.  Being in Genital Movies or Puppetry of the Penis reminds us that we all generate from the genitals.  You use your fingers on the keyboard to expose the most vulnerable parts of yourself.  And these guys make hamburgers and way more money.

I run a small publishing company and am presently seeking the funniest, coolest and most marketable ideas to sell in places like Urban Outfitters, Papyrus, college bookstores and independent bookstores in the Humor Sections. Contact me through this blog or better at www.bestbathroombooks.com. There are some talented people out there writing good, funny, conceptual books and blogging some funny stuff. I wish I had time to read more and write more. I have a day gig and do a lot of other things, but blogging helps me stay connected to my laptop and ensures sterility (due to EMF on my testicles) which is great because I've had enough kids. Les
View all posts by bestbathroombooks →
This entry was posted in humor, Pretty funny and tagged blogging, circumcision, funny, genitals, gymnastics, hamburgers, humor, sexy. Bookmark the permalink.