Beauty is a Beast

Posted on March 2, 2012 by bestbathroombooks

When a supermodel walks into the propeller of a plane, we get upset, horrified—but mostly we wonder what the propeller did to her face.  We don’t care if an ugly person walks into a propeller.  Ugly people walk into propellers all the time, but nobody cares.

I was going to write about beauty from the perspective of having a vagina, but that might be offensive, and everyone knows bestbathroombooks is all about celebrating the body without offending people (unless you wear V neck sweater vests, in which case I am totally offended.) 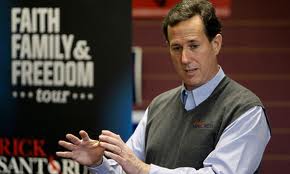 I grab her from behind like this and practice the fourth F.

Since I don’t have a vagina, I can only look at this issue from my dangly side of the fence.

Beauty has an ism, in this case, Beautyism, a definable truth that humans are drawn to beauty, those visual delights which please the eye.  Beauty is everywhere, and we’re drawn to it because we’re hardwired to do so.

The desire to seek and gaze upon beautiful things is never going to change because to see beauty is to be alive, and that’s coded into our DNA.  Researching this subject (which presently means Googling “Beautyism”) provides proof that even babies are drawn to the symmetry of a beautiful face and the mathematical ratios that cause us to get all giddy and giggly and eventually sexually stimulated by the sight.

You thought I was Freddy Mercury, dint ya?

John Stossel, that mustacheod douche who used to be a tolerable newscaster before he started working for FOX, did a segment on Beautyism in 2006 and proved what we all know is obvious: Good looking people have advantages that less attractive people don’t.  Why anybody would think this is revelation, I don’t know, but he got paid to do a show about it.  Maybe because he’s reasonably handsome and his mustache doesn’t smell like Doritos (Duh).

If you look at a statue of Nefertiti, or a painting of the Pink Lady or Michelangelo’s Statue of David you see that humans have had a pretty consistent sense of human beauty throughout history.

This doesn’t make people who are less attractive or ugly less worthy, but it’s not the beautiful peoples’ fault that they’re beautiful either (so don’t be a hater).  The point is, those who are genetically gifted got handed a winning lottery ticket and at least they can show some appreciation to the rest of us.  We’ve all heard the story about the stunning woman who’s home on Saturday night.  Well Boo-fu*king–hoo.

Sorry, but I’ll save my tears for the ugly girl.

Reality Check:  The majority of us aren’t the photogenic peaches we see on TV and in the movies.  Go to any mall in America and confirm the obvious.  Victoria’s Secret is that nobody looks like her.

There are movements against Beautyism, no doubt started by unattractive people who are yearning to be accepted and attended to.  I agree with them.  They are socially screwed and wrongfully ignored.  They will never be on TV, be the star quarterback or the President of the United States because they are dismissed as useless trolls under the bridge of life .  Religion attempts to combat our natural urges–  unfortunately, the Bible doesn’t say anything about being nice to ugly people.

You’ve probably read some form of these platitudes before, but no one ever does anything about it.  Beauty will always be around us, and we can’t stop it or even stop its effect on us.  I’m lucky I don’t have a vagina, because of the importance placed on female beauty that men–especially the ugly ones–don’t have to deal with at all.

But you can do something, one little thing that could change someone’s life forever.

The next time you see a little girl all dressed up in a dress with a ribbon in her hair, instead of telling her how beautiful she is, simply ask her this:

And now, an Original Music Video from the Author!

I run a small publishing company and am presently seeking the funniest, coolest and most marketable ideas to sell in places like Urban Outfitters, Papyrus, college bookstores and independent bookstores in the Humor Sections. Contact me through this blog or better at www.bestbathroombooks.com. There are some talented people out there writing good, funny, conceptual books and blogging some funny stuff. I wish I had time to read more and write more. I have a day gig and do a lot of other things, but blogging helps me stay connected to my laptop and ensures sterility (due to EMF on my testicles) which is great because I've had enough kids. Les
View all posts by bestbathroombooks →
This entry was posted in Kinda Funny and tagged beauty, humor, politics, sarah palin, social acceptance, Writing. Bookmark the permalink.

18 Responses to Beauty is a Beast